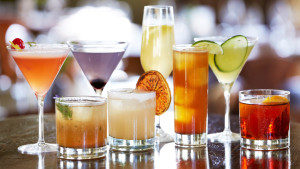 Let’s be real: the word “cocktail” is a little strange. Why did someone mix together alcohol, bitters, sugar, and water, and decide to call it a “cocktail?” Where did the term really come from and who first invented it? Here are five fast facts about the history of the cocktail: