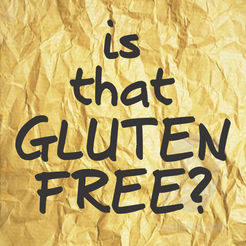 Partaking in an adult beverage or two with friends and family is one of our culture’s longest lasting pastimes and always will be. When it comes to family gatherings, it could even be called a tradition. It is something that nearly everybody who is of drinking age does on a seemingly regular basis.

Fortunately, there are solutions, and the quest for finding a decent gluten free does not need to be so difficult. This guide will help. The three most common adult beverages, beer, wine, and spirits, will be analyzed to determine respectable gluten free solutions, this way the next time you go out to a bar, you will know exactly what you can and cannot order.

Beer In almost all cases, beer is liquid gluten. Its two main ingredients are hops and barley, both of which are concentrated from yeast, which uses gluten as its main ingredient. If you have spent most of your days drinking beer to wind down with your friends and family, prepare to turn away from at least 9 of every 10 beers on any given alcohol menu.

Another option is to drink hard cider. Different than beer, hard cider is brewed with fruit rather than barley and hops. Possessing the same proof level as most beer, they do not sacrifice anything in terms of alcohol content. Hard ciders have much more sugar content, however.

Wine If beer is considered liquid gluten, then wine should be considered hard fruit juice. Just like nearly all beer is made from barley and hops, nearly all wine is made from grape juice. In many cases, wine is a good solution for someone on a gluten free diet.

However, there is a possibility of gluten being in wine. If you were ever curious of how wine seems to taste better as it ages, there is a specific reason for that. To help wine age properly, a good amount of winemakers will add flour or wheat paste to the barrels, to make sure the fruit juice ferments properly. This appears to be a harmless process, as it creates wine with less than 20 parts per million of gluten. But gluten is still used nonetheless.

The best thing to do is to first check out how old the wine is. The older it is, the more likely gluten may have been used to age it properly. Second, you can check with the winemaker to see if they indeed add flour or wheat paste to their barrels during the fermenting process. The most popular winemakers today know that more and more people are taking on gluten free diets, and will label their wines accordingly.

Another thing to do is see what your local winery offers, if you do indeed live near one. Because local wineries are not as popular than most others, they focus on shorter aging times. This means they see no point in adding flour or wheat paste to the barrels. This makes virtually anything sold in a local winery gluten free.

Pay very specific attention to coloring or flavors added to wine, which can contain gluten. Again, because most wineries (even the popular ones) are aware of the growing popularity of gluten free diets, they usually have gluten free alternatives.

Wine is a solid choice for anybody on a gluten free diet. Unlike beer, the majority of wine is gluten free.

Spirits This is where things get complicated. If nearly 90% of all beer has gluten and nearly 90% of wine does not contain gluten, spirits are where everything is split in half and where most of the guesswork needs to be done. For the purposes of this analysis, liquor, whiskey, and vodka are considered spirits.

Some experts have argued that liquor is safe for people on gluten free diets because gluten is removed when the liquor is distilled. This is where the guesswork comes in, because sufferers from celiac disease and other kinds of gluten intolerance have reported that they would get a severe reaction after drinking liquor.

This is because not every distillation process is the same. Some methods of distilling spirits remove gluten and some do not, and it is impossible to tell. This can make choosing a favorite spirit to drink as stressful as choosing a gluten free beer in some cases. It is about a 50-50 chance of whether gluten will be in the spirit or not.

Enjoying an alcoholic beverage or two with friends or family should never be a stressful pastime for anybody, and this especially includes people on a gluten free diet. Oftentimes, it does seem like those who have negative reactions to gluten are cornered into only a couple of decisions when it comes to what they can order.

One piece of advice is to expand horizons. If you drank beer your entire life and know that nearly 9 in 10 beers are made with gluten, go with the 9 in 10 wine selections that are not made with gluten. Or go for spirits that do not contain gluten such as potato vodka, rum, and tequila. The choices are out there, and this guide should eliminate whatever guesswork that may have been present before.

And as always, with anything involving alcohol, drink responsibly.

….and add a gluten free pizza if you are feeling extra spontaneous!